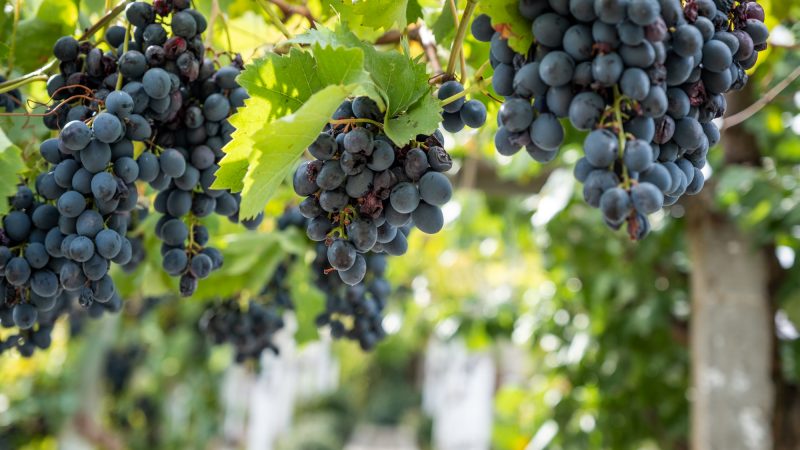 Moldova, one of those countries still unknown to most, lying halfway between Ukraine and Romania, in a veritable strip of lush green land where food and wine are (the main?) great protagonists and where the population is divided between those who speak Romanian and those who speak Russian, in a mix that makes the country even more fascinating. Moldovan food, wine and places of interest: these are the main ingredients of this article, where you’ll discover one of the places that every lover of good food and good wine should visit, Moldova.

The confusion is a lot, and hard to deny. The official name is Moldova, while when we speak of Moldavia we mean the region to the north of Romania, Romanian territory. Although often mistaken, the exact nomenclature should be closely linked to History: in fact, when Moldova became independent in 1991, the government decided to give the State official name as Moldova (officially: Republic of Moldova). So, Moldova is the correct name, while Moldavia is another part of the world, even if nearby.

HOW TO GET TO MOLDOVA

The easiest option to arrive in Moldova is by direct flight or with a stopover from everywhere in the World. An alternative solution, and for me very interesting, is to land in Bucharest, visit Romania and then drive to Moldova. In this way, you can have a more complete view of the two countries, understand the similarities and also the differences (and, from a gastronomic point of view, double the pleasure of eating well!).

WHEN TO GO TO MOLDOVA?

Giuseppe and I have been around Moldova for 6 days in the fall and, after touring Romania in spring and summer, we can say that autumn, to visit that part of the East, is perfect. The colors are simply crazy, the temperatures pleasant and it is also harvesting time so you can organize yourself to visit the most important wineries (keep reading for more information) and to enjoy the most of the specific food and wine pairings of the period.

HOW MANY DAYS IN MOLDOVA?

The Republic of Moldova is very small: 150 km wide, about 350 km long! Just think that in 2-3 hours at most you get to Odessa, in Ukraine, and that the borders are really close to the capital. This means that a week is more than enough to see the most important things and go even further.

THINGS TO DO AND SEE IN MOLDOVA

These are the things I think are most interesting and not to be missed, taking into account that most of the time you spend eating and drinking for which you will need to walk a lot to dispose of everything … and start again!

Chişinău, the capital that is pronounced Chiscinau, is a city that must be discovered slowly, to be surprised and above all without expecting the grandeur of Rome, the beauty of Madrid, the perfect geometries of Prague. Chişinău is a city to be experienced, of those that must be understood. In general terms, you can not miss visiting the Nativity Cathedral, the Triumphal Arch, the National Museum of Natural History of Moldova (which also preserves the skeleton of a dinosaur inside), the Ştefan cel Mare Park and in special the Valea Morilor Park, where different activities are organized. Do not miss the Ciuflea Monastery and the Adormirea Maicii Domnului, the oldest wooden church in Moldova which is also interesting to visit for its history: it was built in 1642 on the grounds of the monastery of Harjauca where it remained until 1821, when was transferred to the village of Hiriseni. A brick church was built here and the Adormirea Maicii Domnului was abandoned to itself until it was dismantled and reassembled in Chişinău in 2010. 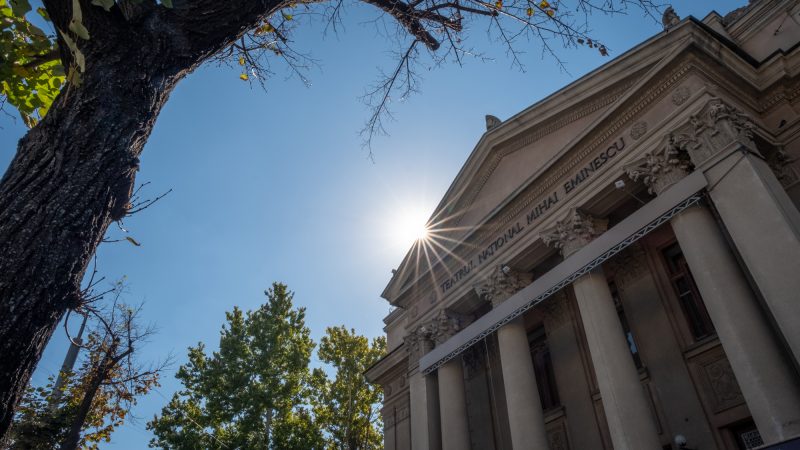 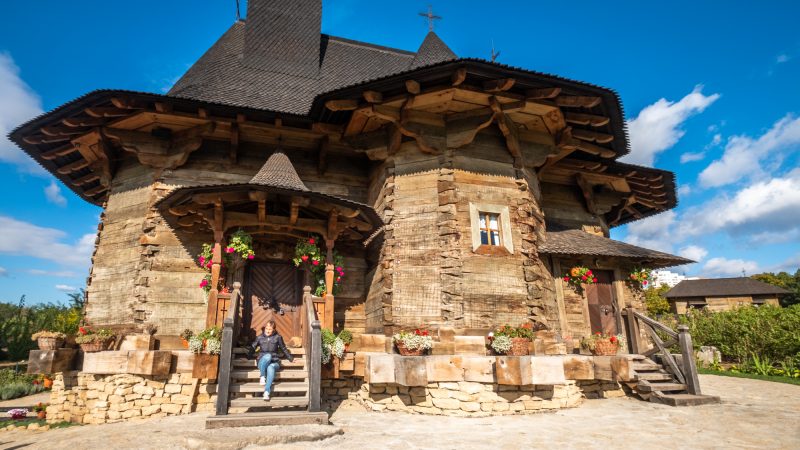 The Orheiul Vechi area is located in Trebujeni, about 60 km from Chişinău and is one of the most fascinating areas of Moldova. Here, in fact, finds were found belonging to different historical periods belonging to populations who had settled along the Raut River. On top an orthodox monastery is still inhabited by some monks but the real peculiarity are the cavities dug in the mountain that were used as houses or as places of prayer and that today remain a testimony of the past. The whole hill is strewn with shells, proving that the area was bathed by the sea, and the area of the old cavities is full of small holes where, they say, we must leave a coin and pray. 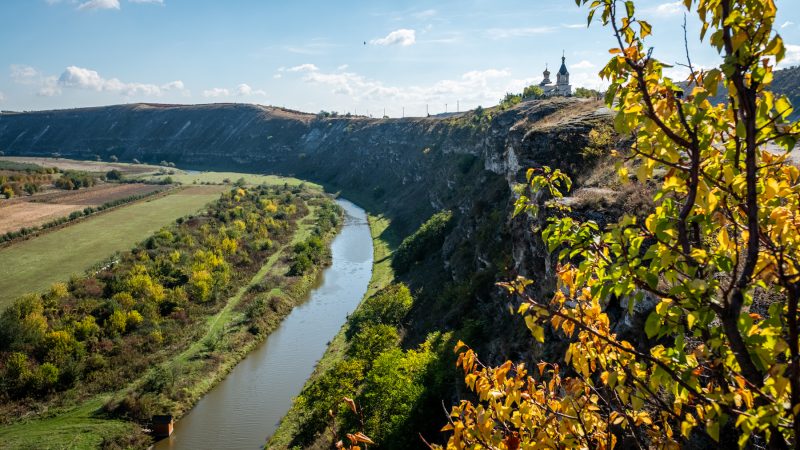 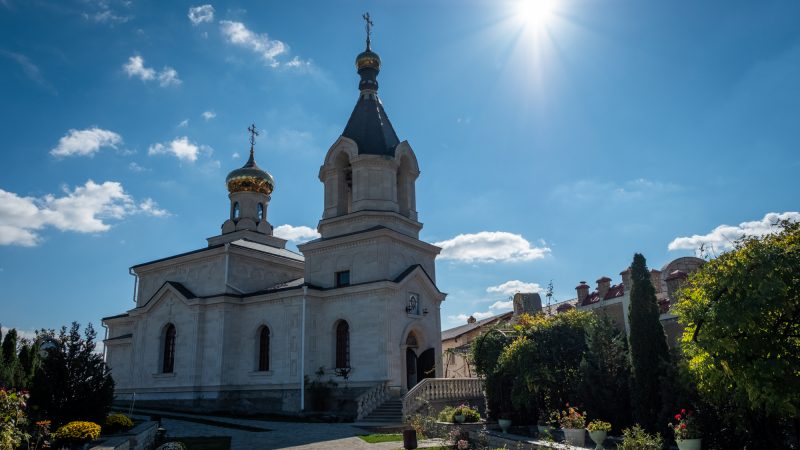 A short distance from Chişinău is Tiraspol, capital of the self-proclaimed Republic of Transnistria, detached from Moldova since 1992. It’s different area from the rest of the country and the customs that must be crossed to pass from the Republic of Moldova to the Republic of Transnistria is a sign of that. To do this you need to show your passport and you will receive a permit in exchange that will allow you to stay in the area for about 10 hours; for longer permits you need to go to a special office and request a permit. Although in general it is rare to be blocked at the border, it can happen that tourists are not let through if they realize that they carry too many cameras, for example; it is always good to declare to be there as tourists and to be available and calm. Better if a local is with you.
In Transnistria a special plastic coin is used and everything is written in Cyrillic, since this area is still today very Russian; between statues of Lenin and a rarefied and particular atmosphere, it seems to have gone back in time (one of the great signs of this situation are the cars that run in the area, divided almost equally between Žiguli, Moskvich 408 and Lada, all Soviet). For information, Transistria is not officially recognized by anyone except Abcasia and South Ossetia, but they are not officially recognized by anyone.
For your information, the majority of Ministry of Foreign Affairs recommend particular caution when traveling to the Transnistrian region, but in any case it is essential to keep in mind that, in case of need, the Embassies has limited intervention possibilities” precisely because, in fact, the Transistria is not a state recognized by anyone. The Brandy Kvint factory is to be visited in Tiraspol. 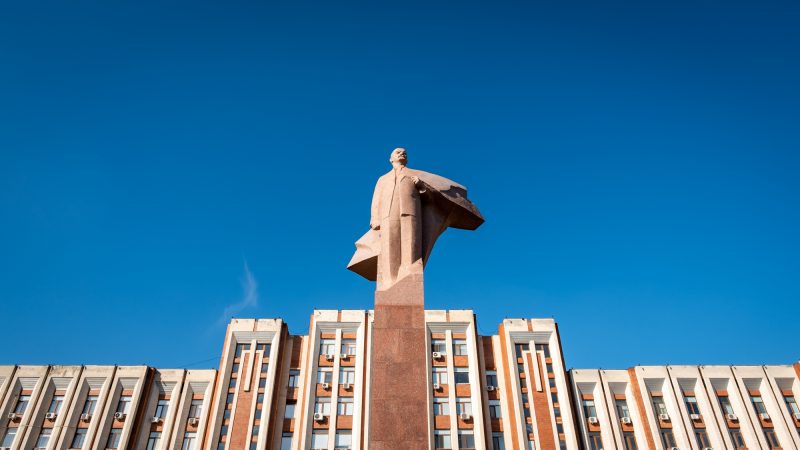 A separate chapter must be dedicated to the wines of Moldova that, for those who love good things, must be tried absolutely. We can divide Moldova into 4 winegrowing areas: Balti in the north, Codru in the middle, Cahul in the south and Noistreana in the south-east. In all these areas are grown, in varying proportions, native grapes such as feteasca, rare neagra, and busuioacă albă. Exports represent more than 80% of total production and the country also boasts the highest density of land in the world compared to agricultural land, with about 100 thousand hectares planted with vines. Without going into the specifics on the organoleptic characteristics of Moldova wines, considering a visit to some of the most important wineries in the country, and the world in general is essential if you are planning a trip to Moldova. 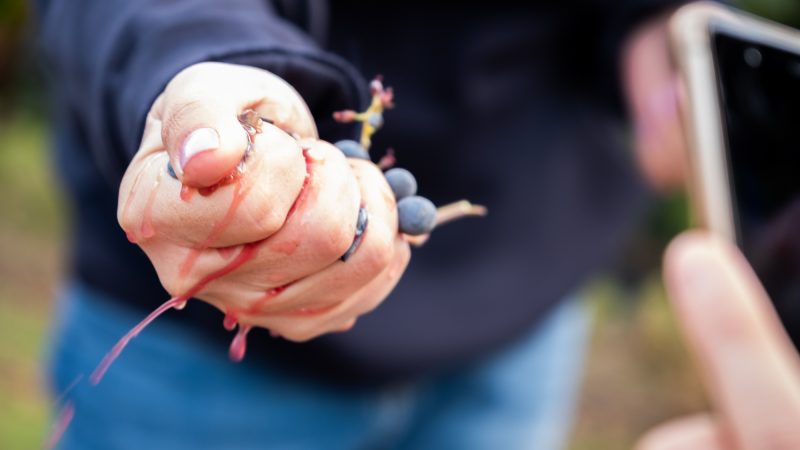 There are 4 unmissable and more touristic cellars, but in reality, there are hundreds of them, smaller and family-run, which demonstrate how much Moldova is being developed in this sector.

Cricova and Milestii Mici are the two most peculiar cellars, since they are real underground cellars developed inside tunnels located between 40 and 80 meters below ground level; Cricova, for example, is organized as a real city with lots of streets that have been given the names of the most important international grape varieties and the visit is only possible on board a small bus that takes guests underground. Milestii Mici, in turn, entered the Guinness Book of World Records to have the largest collection of wine in the world: 2 million bottles stored in over 200 kilometers of underground tunnels. 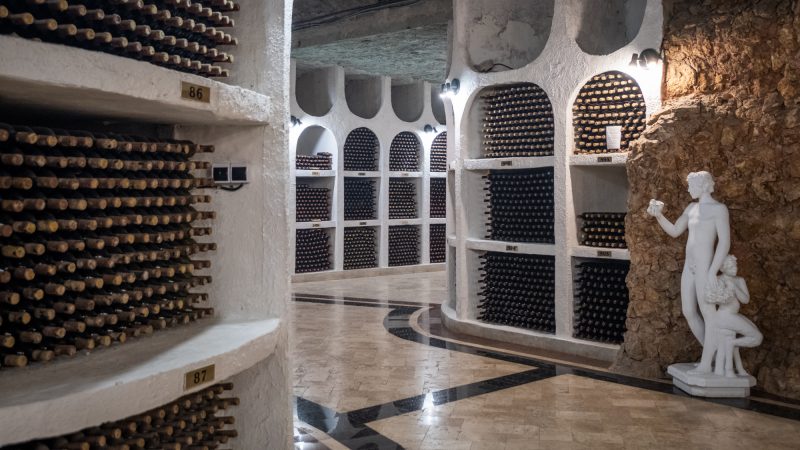 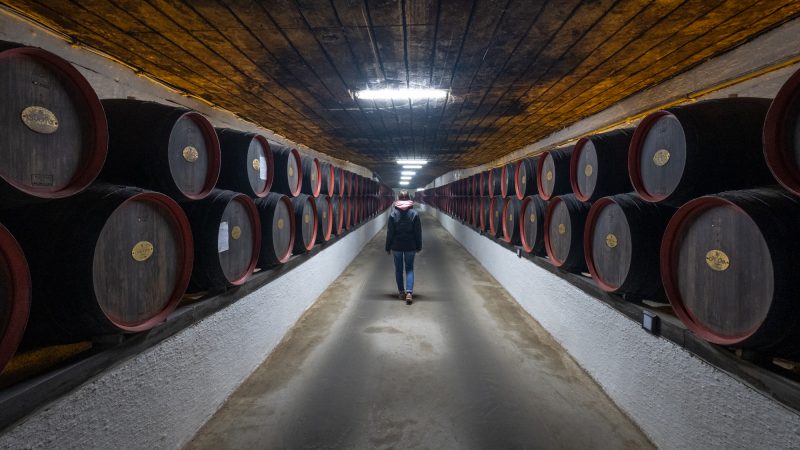 Purcari and Castel Mimi are completely different; located in two late 19th century mansions, they both offer various services: Purcari offers a restaurant with local specialties where wine tastings are organized, rooms where to stay (for example, you can sleep inside a room shaped like a barrel of wine!), organizing events, visiting the cellars and walking or cycling along all the vineyards. In addition to the restaurant and wine cellars, Castel Mimi offers a luxury hotel with a private swimming pool and a wine-themed SPA. 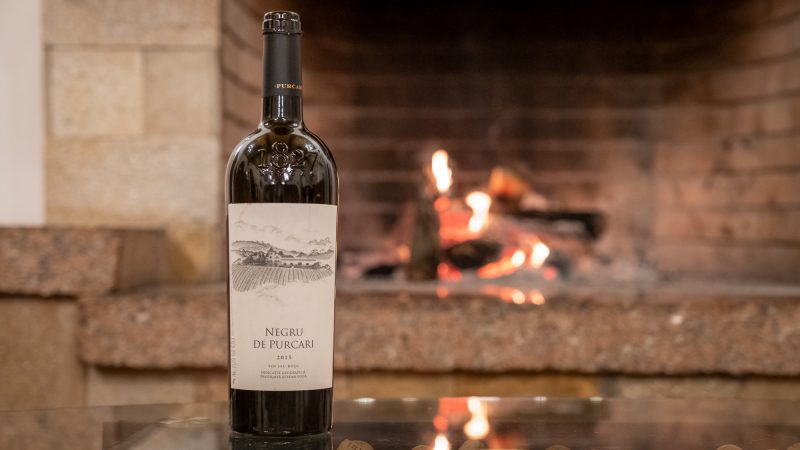 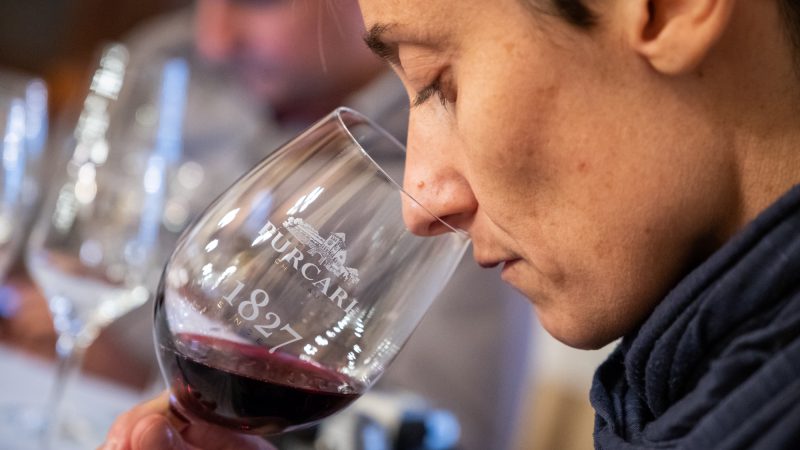 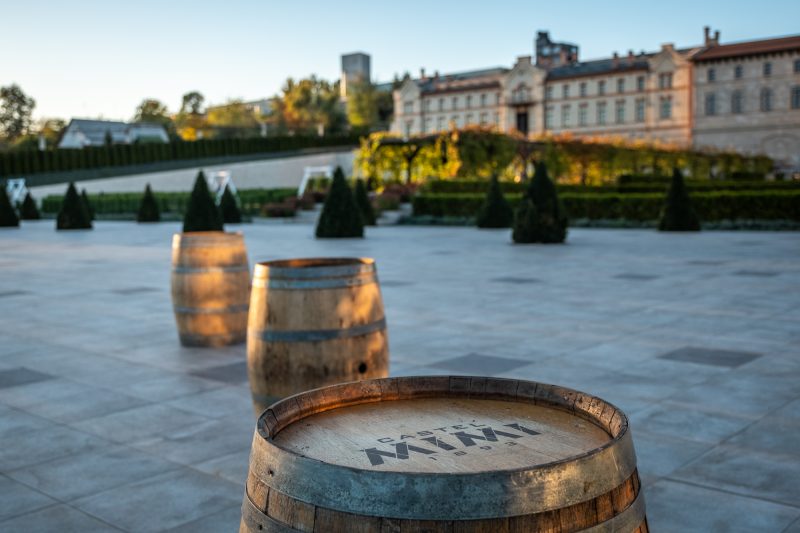 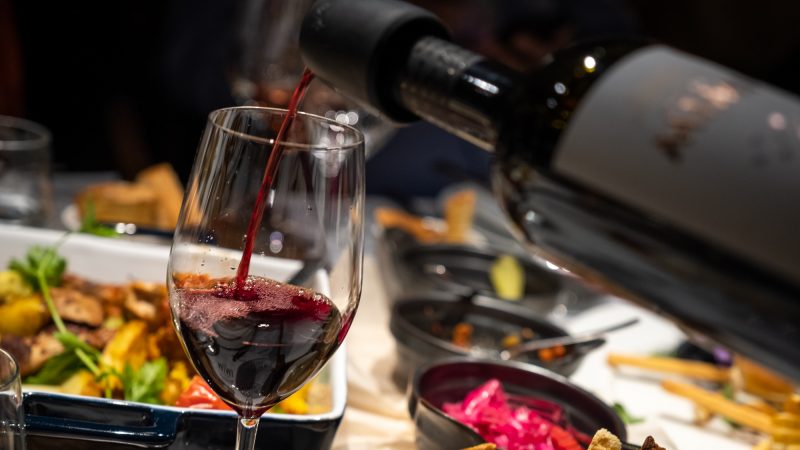 There is no lack of more recent and modern cellars, such as Et Cetera, a boutique winery that includes a runway for touring aircraft, Chateau Vartely and Asconi: all are offered tastings, guided tours, wine-related activities, and accommodation.

Every year, on the first Saturday of October, the National Wine Day takes place which includes events, parades, and dances in traditional costumes in Chişinău and in all the open cellars of the country. I think that for wine lovers this is the best opportunity to visit Chişinău and enjoy its food and wine specialties to the full. 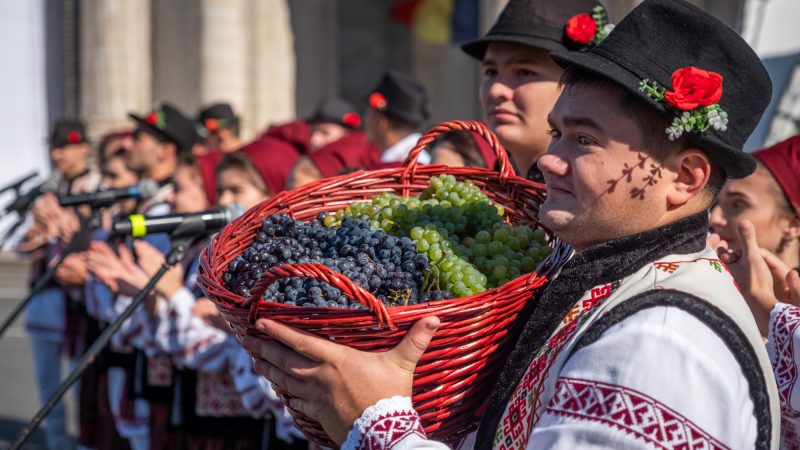 WHAT TO EAT IN MOLDOVA

Moldovan food is influenced by both the Romanian influence and the Russian influence, and clearly the closer you get to the borders with one or the other state and the more gastronomic affinities come to the surface. A trip to Moldova cannot, therefore, ignore the tasting (repeated, if possible) of as many local specialties as possible starting from the mamaliga, the polenta that is served at almost every meal with sour cream, cheeses and vegetables of various kinds. traditionally cut using a thread so that a cross is formed. A must with meat. 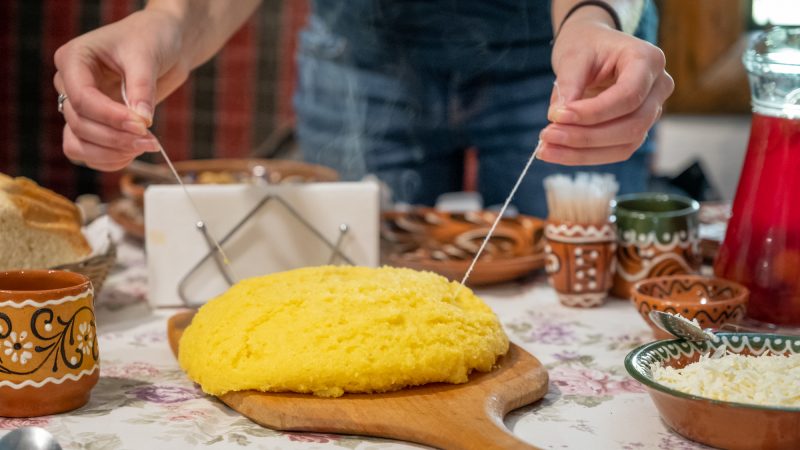 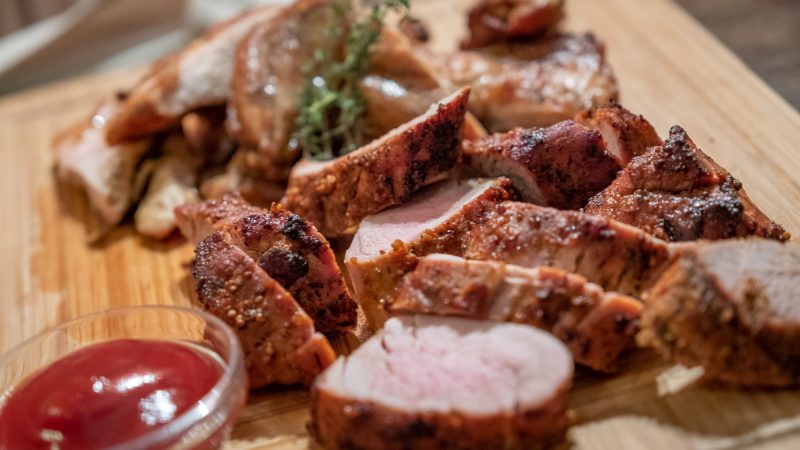 Do not miss the placinte moldovenesti, placinte, similar to a salty or sweet focaccia, usually filled with brinza (homemade cheese), varza (cabbage) or cartofi (potatoes); it is fried or baked and in all cases, it is excellent, even in a sweet version with cherries. 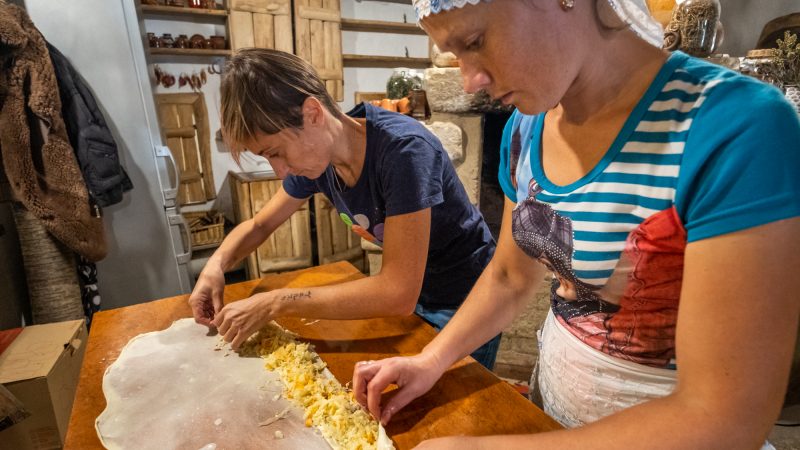 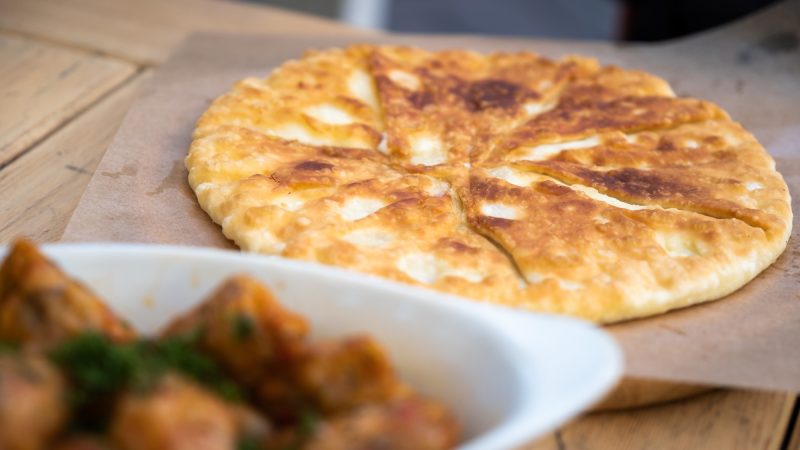 Zeama is the most traditional soup ever and is prepared with chicken broth, homemade egg noodles, and chicken; inside also many vegetables including onions, carrots, potatoes, parsley, pepper, and salt. 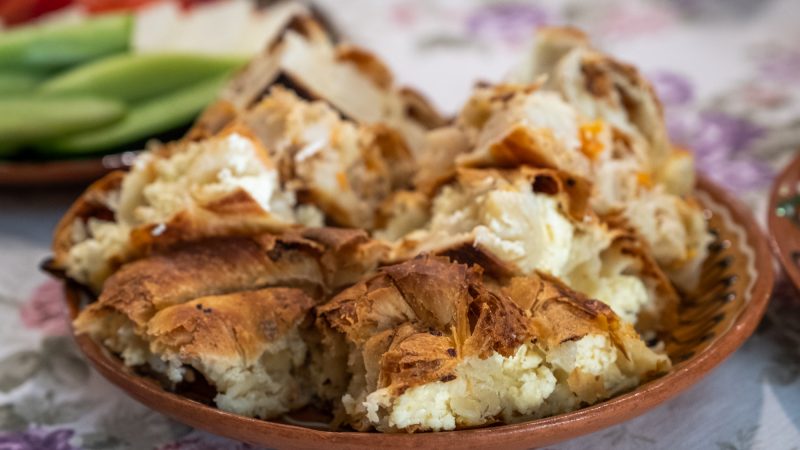 The sarmale, stuffed cabbage leaves and boiled, is always present at the table as well as the gogoshary, stuffed pepper with rice, which is among the most traditional dishes possible. 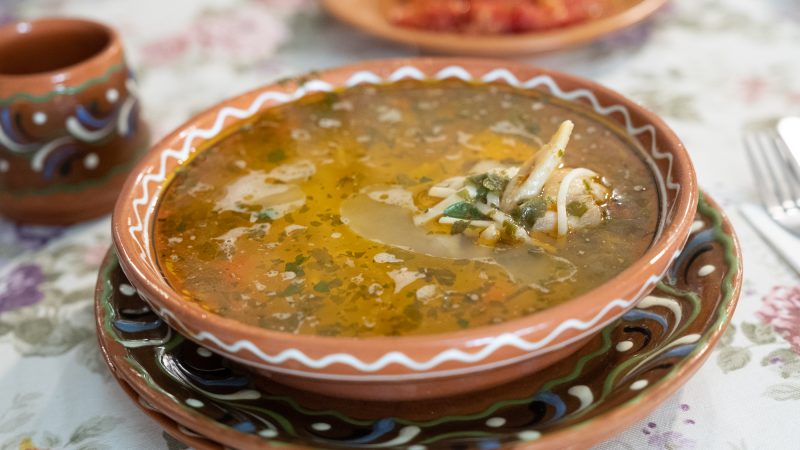 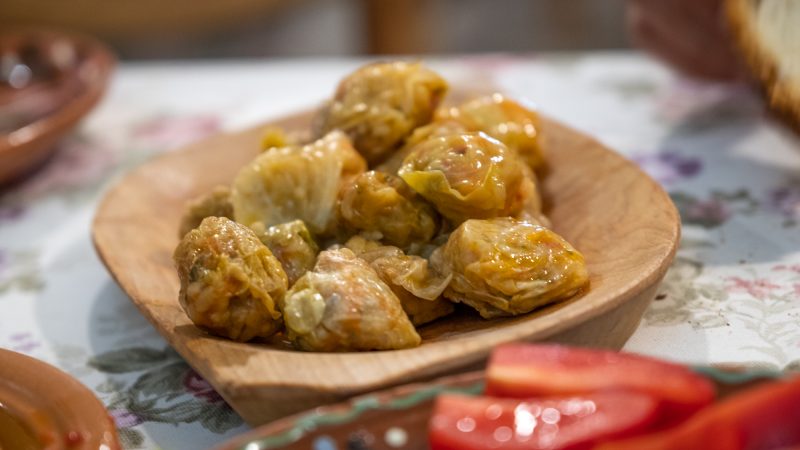 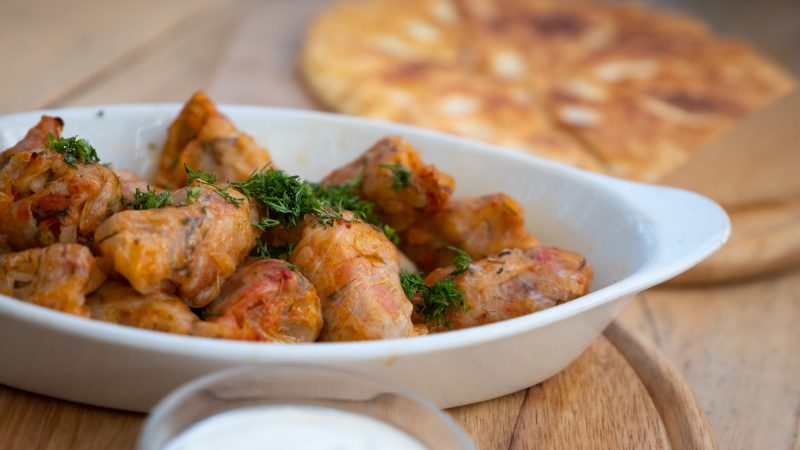 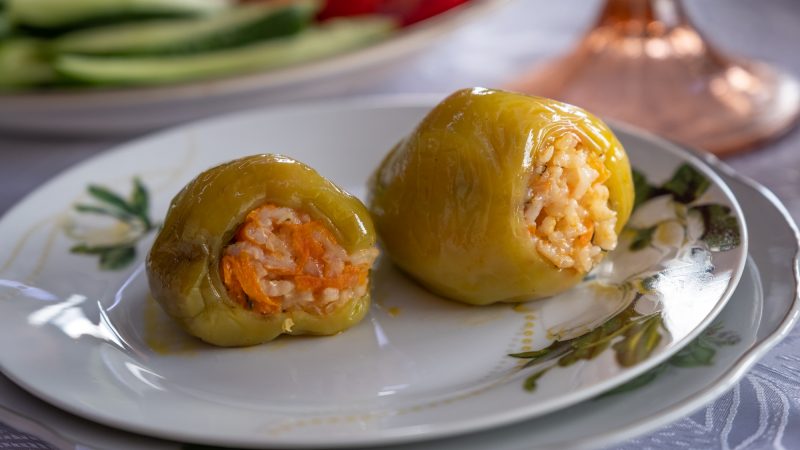 In the areas close to Ukraine, the borsch is unmissable. 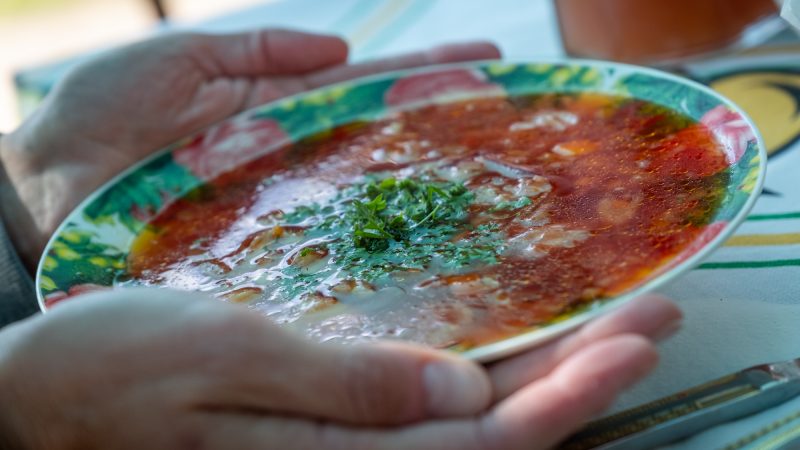 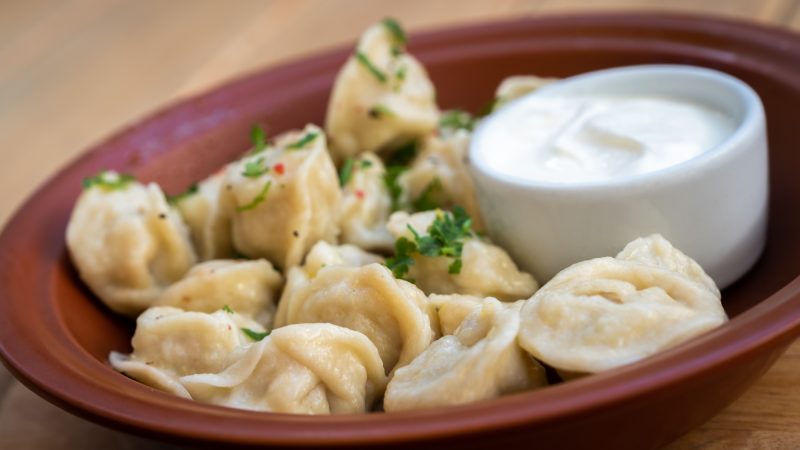 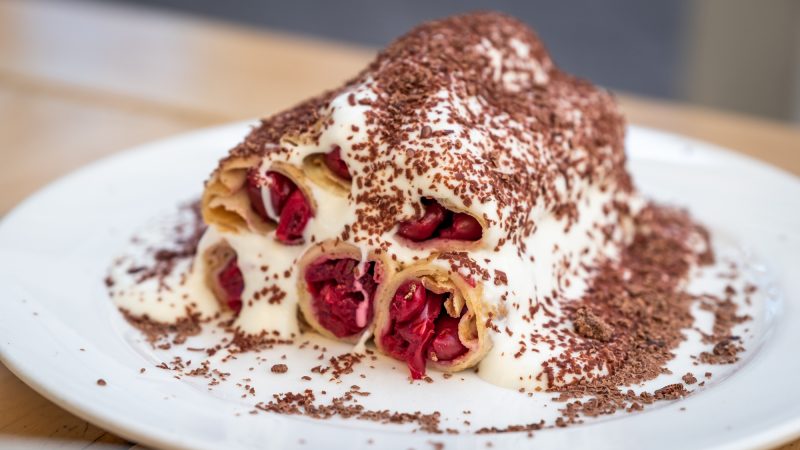 In terms of drinks, in addition to the compote (homemade fruit juice or fruit-flavored water), the typical and local beer is Chişinău but the Kellers produced in Budeşti should also be tasted (unfortunately the plastic packs do not invite to be consumed but the red is really good!).

INFORMATION AND ADVICE ABOUT MOLDOVA

As for all the regions of the East, Moldova is ideal for people into experiential tourism and the desire to know. These are some tips for you:

[All the photos of this article have been taken by Giuseppe Milo. The trip to Moldova was part of a project organized by the Moldovan Tourism Board BUT all information and advice are the result of our experience and not influenced at all by the collaboration with the board].