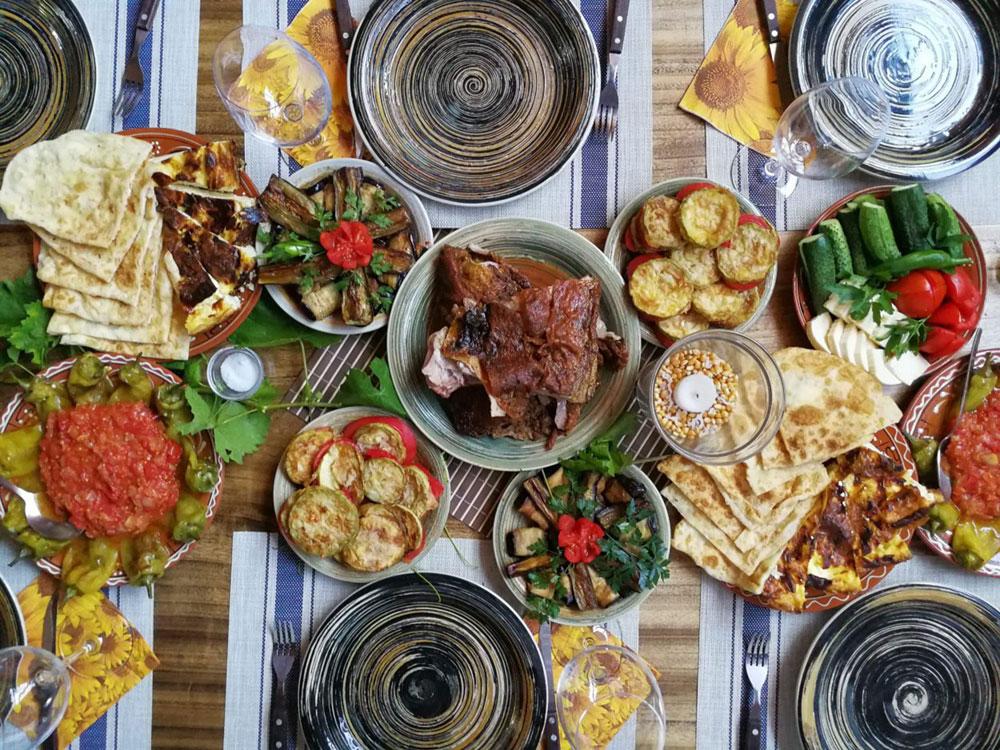 There’s a quiet pseudo-state contained within Moldova’s borders: Gagauzia, an autonomous region with its own people, culture, language, and cuisine.

As you step into the dining room of Kara Gani winery in the Valul lui Traian wine region at the southern end of Moldova, the smell of hot chilis slices through the air as lunch simmers and stews on the stove. While the fare sourced from the winery’s garden comes together and the table is set, guests can find an unexpected trove of nearly-forgotten history awaiting in the small adjacent room. Two steps down from the modern tasting room is the family’s own museum: a private collection commemorating not only their own history, but the heritage and culture of the Gagauz.

Moldova, sandwiched between Romania and Ukraine, is still largely undiscovered to many travelers—it is the third least-visited European country, after all. But those that are familiar with it usually also know the “country that doesn’t exist,” Transnistria. An unrecognized strip of land on the western edge of Moldova, the Soviet Transnistria declared independence in 1990, inciting an unresolved war. But there’s another, quieter, pseudo-state consisting of four disconnected enclaves entirely contained within Moldova’s borders: Gagauzia, an autonomous region with its own people, culture, language, and cuisine. Roughly translating to “sky people,” the Gagauz are of Turkish descent and predate the Ottoman Empire in the region. Gagauzia declared itself independent in 1991, and in 1994, the pseudo-state was granted a level of autonomy by Moldova that renders the region something just short of its own country.

As one of the best and only establishments serving authentic, traditional Gagauzian dishes for its guests, the Kara Gani winery cooks up favorites from the Moldovan subculture, which is once again taking root in its homeland. Through decades of Soviet rule, Gagauzian culture was nearly lost. The language, which stems from the historical land of Bessarabia bordered by the Dniester and Prut rivers, was once listed as an UNESCO endangered language. Today, residents of the region are reclaiming their Gagauzian heritage, and bringing back the language, in part though families who have hung onto the native food. Gagauzian cuisine was one of the few aspects of the culture not stamped out as part of an effort to create a uniform national identity under Soviet rule when the region was annexed in 1812 after the fall of the Ottoman Empire.

In Gagauz, “Kara,” means black, like the nearby Black Sea or the dark color of select vines, while “Gani” is the family’s last name. Gheorghe Cervan, the owner and winemaker, named the operation in honor of his grandfather, whose family has lived in the region since 1136. These days, they’re dedicated to actively preserving the unsung culture by making traditional food and wine accessible to locals and the tourists they’re trying to attract.

After a tour of the winery’s cellar, guests are encouraged to walk through the museum as the tasting is prepared and pay close attention to the textiles hung from the walls like tapestries. A highly symbolic art with a special place in the heart of the Gagauz, woven clothing, carpets and other textiles often depict the rhythms of nature, such as the seasons and life cycle of wheat. Curated by Lora Cervan, the matriarch of Kara Gani, the collection includes century-old items from her ancestors’ weddings, including carpets, antique cookware, and wine bags.

Dinner at the winery harkens back to the Gagauz’s nomadic-pastoralist days, when foods like cheese and meats were processed or preserved in animal skins, heads, or feet. Still popular is the Gagauz head cheese, a coldcut jellied meat filled with flesh from the head of a calf or pig, similar to an aspic. Other dishes they could prepare from their roving herds included sheep’s cheese, and a lamb broth topped with chili oil. As they settled in the region, which sits in line with Bordeaux on the 45th parallel, grains and vegetables appeared in the cuisine. At Kara Gani, the main course is a pork-laced bulger and lamb stew known as kurban, served alongside placinta, a thin, doughy pastry that is often filled with soft cheese, but may also be found with apples or other fruits. The meal ends with sweet and juicy table grapes straight from the vineyard. Served alongside the food is wine made in accordance with local traditions, meaning the region’s native grapes—of which Moldova in its entirety is home to more than 50 varieties planted among its 112,000 hectares of vineyards––are harvested by hand and manually fed into the wine barrel.

“You come here as a tourist and leave here as a friend,” Cervan often tells his guests. Raising a glass, he’ll say “saalik alla versin,” Gagauz for “cheers and to your health.” But it’s really a toast to preserving the lifestyle of the Gagauz people and the culture they almost forgot.