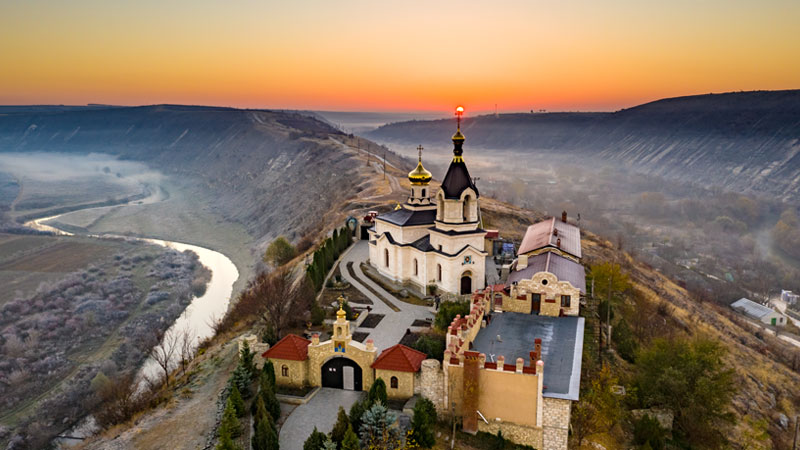 Moldova’s capital, Chisinau, is just a two-hour flight from London, Milan, and Vienna, yet the country remains one of the world’s least-visited tourist destinations. Things are slowly changing on that front, however, and Moldova’s National Bureau of Statistics reported a roughly 20 percent hike in visitors in 2018 — fueled, in part, by wine tourism.

Wine is everywhere in Moldova. The four main regions (Condru, Valul lui Traian, Stefan Voda, and northern Balti) are all within a one- or two-hour drive from the capital, and somewhere between 20 and 25 percent of Moldovans are employed in the wine trade.

The international airport is named after fermented grape juice and Moldova is home to the world’s largest wine cellar, which is a staggering 150 miles long and contains over 2 million bottles. The cellar is so big, in fact, that it hosts an annual 10-kilometer (6.2-mile) wine run.