These are the fastest-growing destinations in Europe 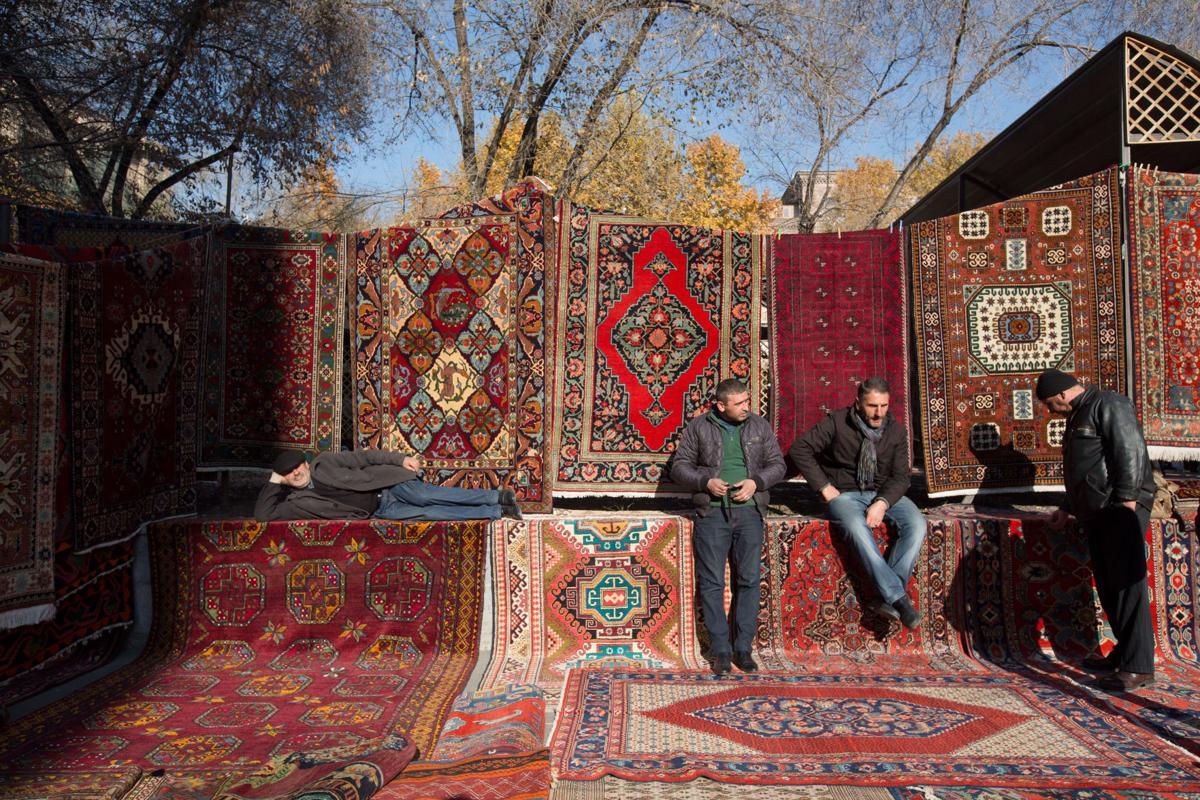 France, Spain, Italy and the United Kingdom are among the world’s most frequented vacation hubs, with France taking the global crown with a staggering 86.9 million international tourist arrivals annually. But these popular places can only stand to grow so much year over year.

This leaves such lesser-known destinations as the Republic of Moldova to jump farther faster. In 2017, for instance, French tourism grew by 5.1 percent. Its landlocked competitor, nestled between Ukraine and Romania, saw a visitation spike of 19.6 percent when it welcomed 145,000 visitors last year, say data from the UN World Tourism Organization.

“When you’re talking about these fast-growing destinations in Europe, there’s often a lack of name recognition, compared to more popular countries,” says Warren Chang, chief operating officer for bespoke travel outfitter Cox & Kings’ Americas division. “But so many of these places have robust histories and a really understated romantic feel, plus diversity of culture and beautiful nature.”

Another benefit, he says, is accessibility.

“Off-the-beaten-path travel is more comfortable in Europe, where English is more commonly spoken,” Chang says. “And while it might take time for a place like Moldova to develop as a stand-alone destination, it’s easy for people to tack short explorations of these countries onto their existing itineraries.”

For the well-traveled Europhile, and those whose destinations stretch beyond Western Europe to include countries in Central Asia and the Middle East, these are the top 10 places to go next. They’re ranked by year-on-year growth.

10. Armenia — 18.65 percent year-on-year growth: Among the destinations Chang expects to surge in 2019 is Armenia. Cox & Kings is to debut a new itinerary pairing the country with Georgia in the next few weeks. Among outfitters already serving the destination are Abercrombie & Kent, Ker & Downey and TCS World Travel, which collectively tout historical riches such as Mount Ararat (where Noah’s Ark is said to have made landfall), the charming capital of Yerevan, and yes, its most famous descendants, the Kardashians. On trips with Abercrombie & Kent, guests also get in deep with local traditions: visiting brandy distilleries, meeting carpet makers, hearing spiritual chants in ancient monasteries, and learning to make lavash (a type of local flatbread) with an Armenian family.

9. Bosnia and Herzegovina — 18.66 percent: “Croatia and Montenegro have long been popular destinations for us, but this year we’ve seen demand for experiences in Slovenia and Bosnia increase,” said Tom Marchant, co-founder of luxury travel outfit Black Tomato. As Croatia deals with extreme over-tourism (it notched a record 15 million arrivals last year), the remaining Balkan locales are emerging as a fascinating, crowd-free alternative. Bosnia and Herzegovina is leading the pack, with its 16th century mosques, Ottoman architecture and vibrant street art scene. Many travelers take day or weekend trips to scenic Mostar, a quick way to scratch the surface. But it’s also possible to dedicate a whole vacation to this historically rich country, including the diverse capital of Sarajevo, the towering waterfalls at Kravica and the mountain village of Lukomir, said to be the country’s most isolated enclave.

8. The Republic of Moldova — 19.6 percent: The sharp growth in tourism to Moldova reflects what is an incredibly nascent tourism scene: This little republic (population 2.5 million) has in recent years held the title of least-visited destination in Europe. But that’s changing. Luxury group tour operator Intrepid Travel cites a cultural resurgence, marked by a burgeoning wine scene and unspoiled natural beauty, as the reason. It has introduced new itineraries and more than doubled its bookings to the country this year, compared with last year. “The country has some of the best up-and-coming vineyards on the continent, including a vineyard that sits on top of 125 miles of underground cellar tunnels, the largest quality wine collection in the world,” says Darshika Jones, North American director for Intrepid Travel.

7. Azerbaijan — 20 percent: Yes, the World Tourism Organization places Azerbaijan in Central/Eastern Europe in its report. Now that that’s out of the way, here’s another surprising fact: Bookings with Intrepid Travel to visit Azerbaijan have increased by a full 322 percent. The Caspian Sea-facing capital, Baku, is a fascinating hodgepodge of old and new. Its cobbled Old Town streets are lined with market stalls and well-preserved buildings, while the Flame Towers downtown are a modern architectural marvel in the vein of the Burj Khalifa. That the city likens itself to the “new Dubai” is no accident. It’s an oil-rich, fast-growing hub at the intersection of Europe, Asia and the Middle East. Combine a visit to the capital with some of Azerbaijan’s more remote delights, such as seeing copper artisans in Lahic or petroglyphs in Qobustan National Park.

6. Macedonia — 23.5 percent: Riding the Balkan heat wave is Macedonia, whose longtime claim to fame stems from hometown hero Alexander the Great. Like Moldova, its visitation numbers are exceedingly small. It claimed just 631,000 arrivals in 2017, making it one of the least-discovered destinations in Europe. Few luxury outfitters plan trips here, though Cox & Kings is an exception. On an itinerary that combines Macedonia with several of its neighbors, such as Croatia and Montenegro, the operator includes places that include the 10th century Byzantine church, Sveti Naum, set high on a cliff near Lake Ohrid.

5. Iceland — 24.11 percent: Haven’t been to Iceland yet? What are you waiting for? The country has been skyrocketing to the top of bucket lists for years and has multiplied its arrivals by 450 percent since 2010. That kind of red-hot growth shows no signs of slowing as the country ramps up its luxury infrastructure with posh hotels (some with secret VIP suites) and exclusive experiences. That’s making it a focus for Black Tomato, says Marchant. “We’re developing new, once-in-a-lifetime programs everywhere from underground hot springs to vast highland lakes and waterfalls. Think meditation in glacial caves, private hot spring spas and heli-yoga atop a volcano.”

4. Turkey — 24.14 percent: Political turmoil, followed by fast and furious rebounds, chased by economic woes have kept Turkey’s tourism industry on a roller-coaster. At the moment, it’s booming. “Turkey is Intrepid Travel’s fastest-growing destination to date in 2018,” said Jones. The company is adding three itineraries for 2019 to keep up with the demand: a winter-themed trip focusing on iced lakes and snow-capped mountains, a culinary journey and a week-long “highlights” tour for time-crunched travelers. Black Tomato’s Marchant has seen similar growth. “Enquires and bookings to Turkey in the last year have more than doubled,” he tells Bloomberg. He credits pristine beaches and a spate of new hotels, such as the Edition Bodrum, which just opened in the country’s top resort town in July.

3. Israel — 24.6 percent: It might be surprising to see the World Tourism Organization categorize this Middle Eastern country as part of Europe, but anyone who’s eaten their way through Tel Aviv or Jerusalem will understand how well tiny Israel competes with its mainland continental rivals. The country’s diverse culinary traditions have become a big draw for Intrepid travelers, but other companies are putting the spotlight on Israel’s perennial appeal: its religious and historical significance. That’s what Abercrombie & Kent highlights in its latest small-group journeys, which focus on the dramatic landscapes and ancient towns that literally bring the Bible to life. “It’s not about what’s new in this ancient land,” says the company’s vice president of product development, Stefanie Schmudde. Inquiries from culturally curious travelers have experienced a triple-digit increase over the past year alone, she adds.

2. Georgia — 27.9 percent: You heard it here first. Georgia is next on the lips of serious globetrotters. To many industry insiders, including Marchant, this next-big-thing seemed to come out of nowhere. “Admittedly this is a country where we didn’t expect to see such a surge this year, but once you look behind the surface, it makes sense,” he says. “As culinary adventures become an increasingly prevalent catalyst for travel, Georgia’s historic cuisine is offering the perfect excuse to visit this untouched corner of Europe.” Add a batch of ultra-cool hotels, bars and restaurants in the capital of Tbilisi-take Stamba, a new Design Hotel property in an old publishing house, with a surprisingly posh, Orient Express-inspired casino, and you’ll see what all the fuss is about.

1. San Marino — 31.1 percent: If you can’t pinpoint the tiny republic of San Marino on a map, you’re not alone. The medieval micro-state sits in northern Italy, on a cluster of mountain peaks that lead down to the Adriatic city of Rimini. (Driving there from Florence is a straight, three-hour, eastward journey.) In 2017, San Marino claimed more than two visitors for each of its 33,000 residents, notching 78,000 arrivals. It’s not a lot, but for a microstate that’s just 24 square miles, it’s nothing to sneeze at, either.

Despite UNWTO figures, no company points to San Marino as a particularly burgeoning destination. Abercrombie & Kent, however, said it fields rare requests here, wrapping together visits to the three castles marvelously situated on Monte Titano. It’s especially popular with stamp and coin collectors, said Liam Dunch, the company’s product manager for Europe, since the local versions are rare and in high demand. Consider this an indicator of a slow-paced trip. Here, you’ll probably spend your days — or, let’s be real, a day — looking at frescoes in the 15th century Church of San Francesco or surveying the landscape from San Marino’s funicular. Its main destination? The postal museum, of course.