We’re marking a year since the integration of the national oeno-tourism route “Wine Routes of Moldova” within the accredited cultural-European Routes of the Council of Europe, along with another 30 itineraries certified under the auspices of the international forum. Since March 2019, Moldova is part of the pan-European network of routes and tourist experiences dedicated to wine – “Iter Vitis – Les Chemins de la Vigne”, which aims to promote trips to discover the diverse heritage of Europe, especially oeno- consecration of global values, such as: intercultural diversity, cross-border intercultural dialogue and sustainable development of tourism.

European accreditation was promoted by the National Association for Inbound and Domestic Tourism of Moldova (ANTRIM), with the support of the Moldova Competitiveness Project funded by USAID, the Government of Sweden and the United Kingdom, and during the first year of accreditation “Wine Routes of Moldova” continued to grow and expand, even as the pandemic context suspended some of the most ambitious growth plans. However, over 60 tourist destinations, of which 21 wineries were affiliated to the “Wine Routes of Moldova” in 2020, and 8 of them obtained, in addition, the “Safe Travels” certification of the World Tourism and Travel Council (WTTC), implemented in Moldova by ANTRIM. 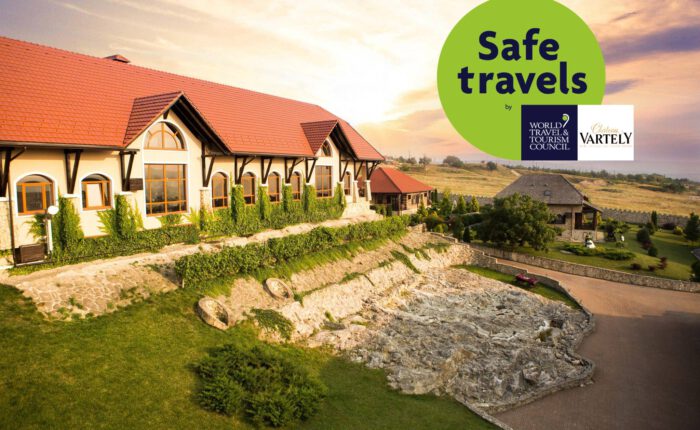 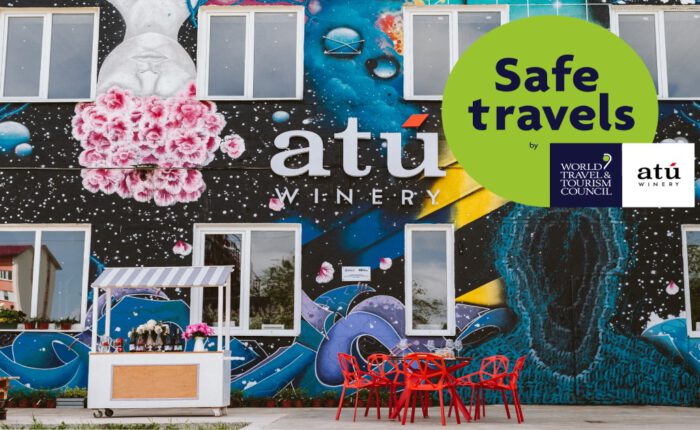 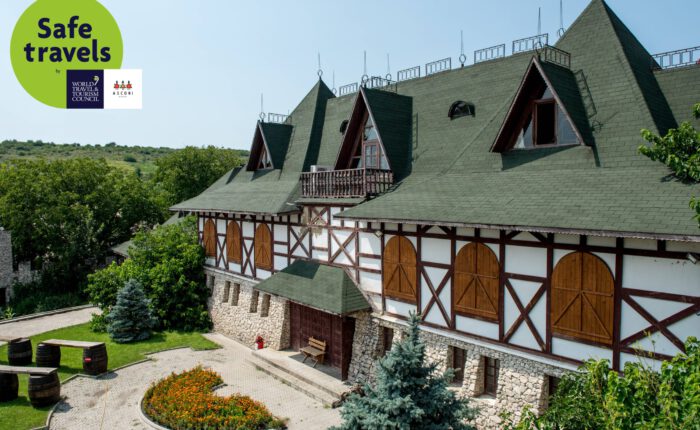 The executive director of ANTRIM, Victoria Bucătaru stated that “The direct promoters of wine tourism offers are aware of the importance of sustainability criteria as a premise for the competitiveness of tourist destinations. The contribution of marketing activities adopted by wineries in attracting local tourists, received in compliance with public health protection conditions, including the implementation of “Safe Travels” standards, developed by the World Travel & Tourism Council (WTTC). The wineries are always at the forefront of the tourism sector, as locomotives for development and adaptation. “

With the cessation and diminution of the tourist circuit, tourist wineries and associated destinations have suffered dramatic decreases in the number of visitors and revenues from 50% to 80% of the figures recorded in 2019. The most beloved wine tourism events, festivals and fairs could not be organized, being partially replaced by visits by local tourists, who, in small groups and on shorter getaways, visited wine destinations in the country. ANTRIM has supported and implemented campaigns to promote domestic tourism, organized online seminars and trainings for members of the “Wine Routes of Moldova”, as well as initiated regional partnerships to increase the regional offer of tours and tourist experiences. Also, dozens of new tourist road signs have been placed on national and local roads, through a public-private partnership between public authorities and development projects, increasing tourists’ access to wineries and attractions part of the national wine tourism route.

Thanks to the complexity and intrinsic value of the “Wine Routes of Moldova” project, the tourist route was designated finalist (second place) and awarded in the category “Sustainable Cultural Tourist Destination in 2020”, within the competition organized by the European Cultural Tourism Network (ECTN) in collaboration with the Council of Europe. The distinction denotes significant achievements in terms of the contribution of cultural values ​​in the tourism industry; cultural diversity; international promotion; local marketing and positioning of the route as a cultural destination and as a premise for sustainable development. Equally, the projects that become winners are those that bring the most significant benefits to local communities, the business environment, visitors, and other actors in the tourism sector.

Diana Lazăr, Deputy Director of the Moldova Competitiveness Project, funded by USAID, the Government of Sweden and the United Kingdom, points out that the National Tourist Route “Wine Routes of Moldova”  successfully promotes cultural, historical and gastronomic experiences in favor of sustainable tourism development in regions , but also involves aspirations for development and expansion. 34 entrepreneurs, the tourist destinations included in this itinerary benefited from the assistance of the Moldova Competitiveness Project, through grants and support in business development, which led to greater diversity and quality of wine tourism experiences included in the “Wine Routes of Moldova”. ”

On February 28, 2021, the members of “Iter Vitis – Les Chemins de la Vigne” met to discuss the objectives of capitalizing on tourist experiences in combination with the cultural heritage of the countries involved, through connections between the routes around the Black Sea, Danube, but also between the Caucasus and Central and Eastern Europe, an event that crowned the activity for a year after the certification of the Moldovan Wine Road under “Iter Vitis – Les Chemins de la Vigne”.

The Wine Routes of Moldova has animated the spirit of national pride, resilience and optimism for a sustainable development of the Republic of Moldova in the international arena of tourism, while becoming a platform for partnerships and inter-sectoral collaborations.

Thus, ANTRIM, in partnership with the National Office of Vine and Wine, by involving economic agents in the field of wine tourism aims to establish objectives of collaboration and partnership for the development of the Wine Road, international promotion, regional and global interconnection with other tourist itineraries, including through cooperation and long-term activities, as set out in the Council of Europe Resolutions.

Cristina Frolov, Director of the National Office of Vine and Wine states that “Wine tourism is at the heart of the country’s unique offer, which differentiates us globally and thanks to which Moldova can attract tourists from the vicinity but also from the 63 countries where our wines are exported . “Wine Routes of Moldova” is the first national tourist route that integrated the cultural-tourist routes of the Council of Europe and is a confirmation of our wine potential, but also a statement of successes of the wine industry in synergy with the tourism industry, whose development principles are similar. Of the Republic of Moldova. ”

The “Wine Routes of Moldova” route includes 7 unique wine and gastronomic itineraries, 30 visits to wineries, wine cellars, dozens of cultural-tourist events and numerous cultural, historical and gastronomic experiences and includes a total of 1,560 km of circuits in the three wine regions with Protected Geographical Indication, being marked with approx. 450 tourist road signs, promoted through catalogs, brochures and maps, but also by hundreds of appearances in specialized international publications, including “Lonely Planet”, one of the most prestigious editions in the world. 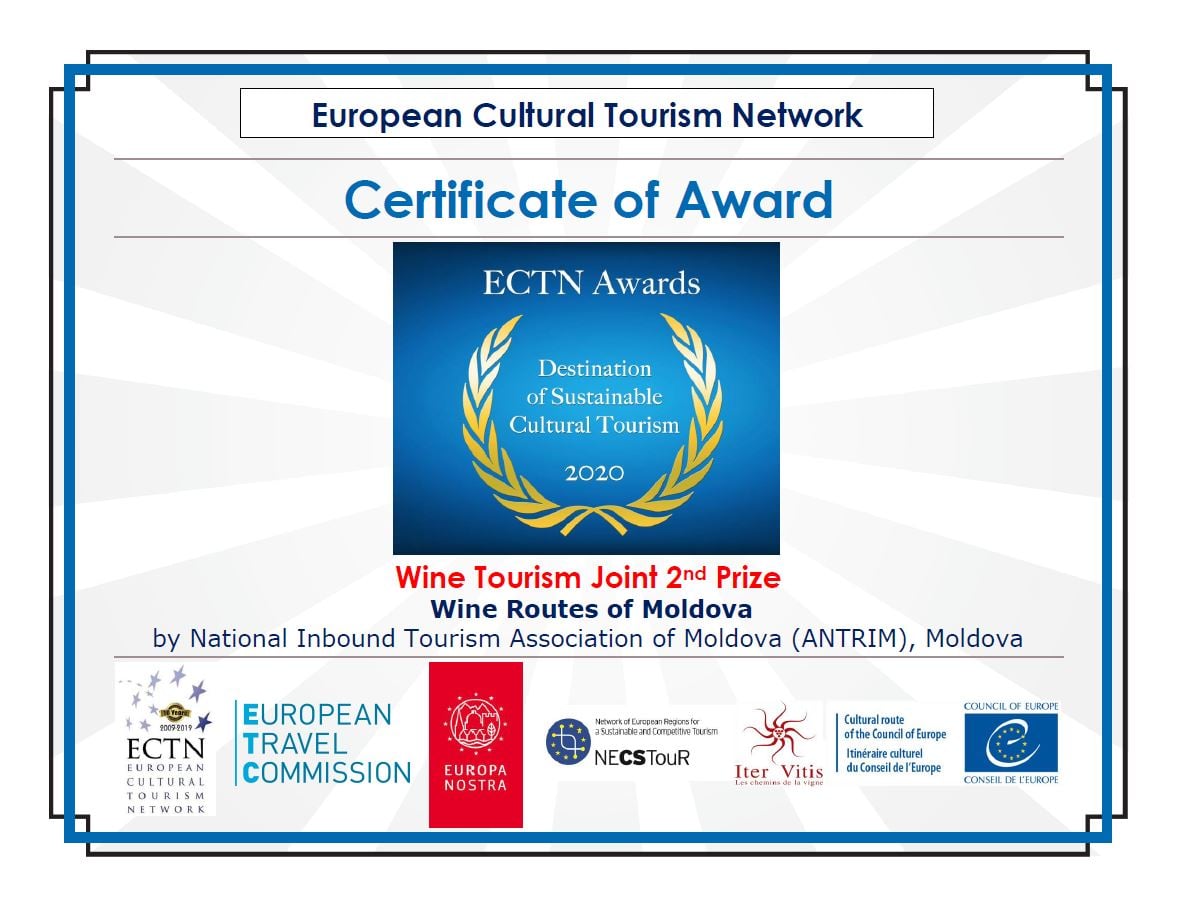